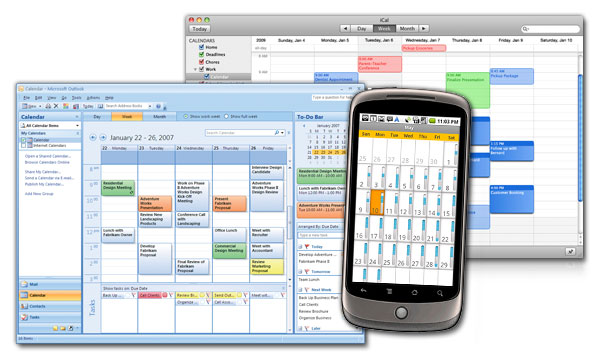 I had a problem (getting slightly worse over the last month or so) where my calendars were doing slightly weird things on my phone and tablet (Samsung Galaxy S3, the GT-I9300 international version, updated to 4.1.2) and a HP Touchpad running Cyanogenmod Version 9.2 (Cyanogenmods version of Android 4.04).

I use Google’s calendars quite a lot, in fact I have a few that do fairly specific jobs for a couple of websites (including one where a rugby clubs Match calendar with multiple teams is run using it). My main personal meeting calendar was showing up twice in the calendars list.I also subscribe to a pair of sports calendars found using the browser version by going through the “other Calendars-Browse Interesting Calendars” link on the desktop.

Google calendar is a simple and useful tool for sharing information about events and tasks with colleagues.  You can also gather many calendars that are shared with you and sum them up in a single view. Everything flows smoothly into your android mobile, so you can have a collaborative real-time calendar in your phone.
This is actually how I discovered that there was a synching problem, one of the shared sports calendars I was subscribing to was updating on the desktop version but not on the phone at the start of the new season.

So, what was the Problem? Well, the web-based calendar runs perfectly, but sometimes Android messes up:  Repeating the synchronization using the phone settings didn’t fix it.

I came across this quick fix on the web, Basically it involves deleting the calendar data stored on the phone/Tablet, shutting down calendar itself  and then re-starting from scratch.

Go to Settings > Applications Manager > All > Calendar storage
Then, click “Clear data” and “Force stop”. The first one wipes out the local cache; the latter stops the calendar.

A quick hold of the power button and clicking on restart finished the job, the phone rebooted and then Calendar downloaded and re-synched everything from Google (This did take a little time)
Problem Solved (On the phone).

The process was much the same on the tablet, except the route to the cache was:
Settings > Apps > All > Calendar Storage, Then “Clear Data” &  “Force Stop ”
Reboot Cyanogenmod by holding down the power button for a couple of seconds and selecting “reboot”.

Again it took a little time for the calendar app (I have calendar widgets on screen pages on both units) to download and update the calendars but then everything worked perfectly.

« Facebook’s first data center DRENCHED by ACTUAL CLOUD • The Register
Need help to manage your Social Media Presence? We can lighten the load! »