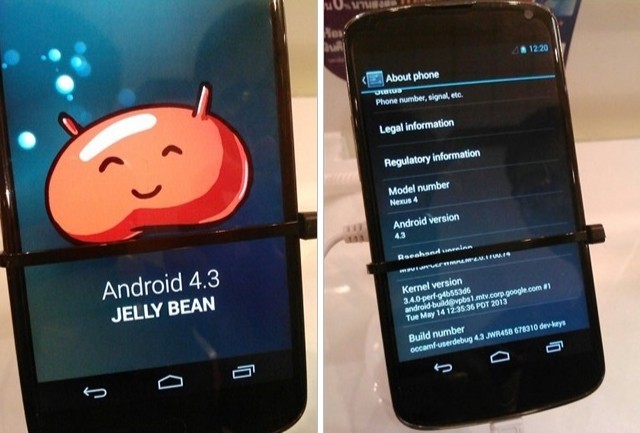 24 hours later, I’m really starting to like the Jellybean 4.3 update to Android on the Galaxy S3.

Now, don’t get me wrong, it has been a bit of a tough ride for me with this since Vodafone Ireland were the first country in the world to roll out this official update for last years “Magic Bullet” which created the beginning of the world domination of the Smart-phone market by Samsung. I was a little disgruntled (And I’m not alone in that) at the lack of upgrades already provided as Samsung had skipped over the 4.2 update and went straight to 4.3. It took a little while to get it on the phone out here in the sticks as I don’t have superfast broadband and the download took a little over 40 mins, the installation routine took another 10-15 to complete and then the phone had to update the apps and download all of my offline available saved downloads and Google drive documents.

Overall 24 hours on I think it was worth it. As usual it has taken this long for the software to “Bed in” a bit onto the phone. and for me to get used to it.
I like the new look email software, the new camera apps (Android and Samsung) both bring new things to the table including the new Photosphere ability.
I look the new lock-screen widgets, the new method of dealing with the drop-down icon list, the new settings tabs breakdown seems logical.
One or two upgraded things I haven’t figured out a use for quite yet, however the home and lock screens seem responsive.

I did however have to turn off a multitude of settings including some of the motion settings and automatic “eye Following/viewing” stuff as I don’t like them, they sometimes get in the way of the way I use the phone, but then again that is the gift of android, the unending ability to customise the experience just how you wish to use the phone that the Apple systems just don’t have. I am getting used to some of the quirks and the phone has been almost constantly updating Apps to cater for the new OS ever since. I am loooving the new version of Google cards and the widget that shows up the stuff on the lock-screen with the same layout.

One odd little quirk that it sometimes seems to take a long time for the phone to come back when locked and the screen blanked. But maybe that’s a clash with some setting or other that I just haven’t figured out how to tweak yet.

There are wagon-loads of online copies of the release statement which outlines all of the available and new features but in my opinion whether you need them or not, I think the upgrade is a must have. If you’re using a vodafone model I9300 then the upgrade is as simple as going into “settings, about phone” and checking for the update there and giving it the time to download it. (Don’t do it on phone data, wait until you are connected using wifi for your own sanity) and wait until you have an hour or so to let it run. You may be waiting a while for some of the other models of the galaxy.

It has given a “new Phone” feeling to my one year old galaxy and will very likely keep my going until upgrade time next year. I’ll do a much fuller overall review after a fortnight or so of using it, but so far so good.
Previous Post on Galaxy S3